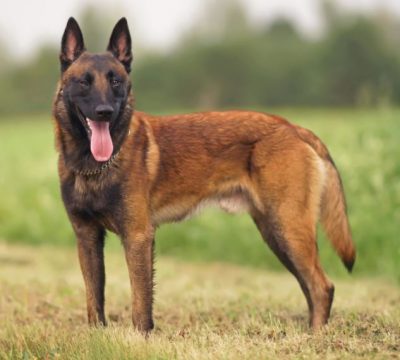 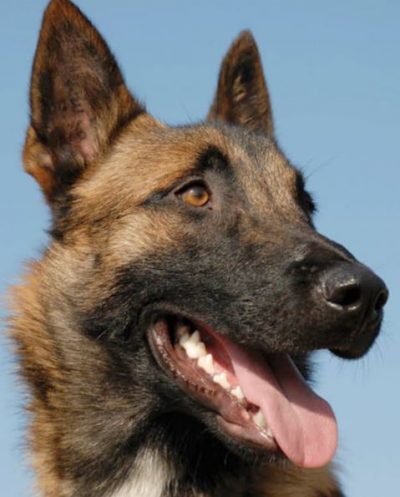 During the early 1800’s, the Belgian Malinois was one of many general purpose shepherding dogs known collectively as Chiens de Berger Belge. These dogs were bred not for their beauty but rather for their utility. And, although their protection ability was unmatched, no records that documented breed history were ever kept. The Belgian Malinois muddled along herding and policing as demanded.

Near the end of the century, dog shows came into fashion throughout Europe and the promotion of national breeds became a point of great pride. It became clear that Belgium has no such distinctly Belgian breed and so began an effort to establish one.

In 1891, Professor Adolphe Reul was asked to study various dogs that were native to Belgium and to classify them into breeds. He grouped together several dogs, differing only in coat colour, and classified them as Belgian Shepherds. Of these shepherds, the short haired variety was developed in the area around Malines and so, this breed became known as the Belgian Malinois.

The Belgian Malinois is a serious and alert dog. This breed is highly trainable and makes the quintessential watchdog and protector. A playmate he is not and families with small children are not well suited for this breed. The Belgian Malinois will be mercifully aloof with strangers unless otherwise commanded. Other dogs will not be extended this liberty and commonly, the Belgian Malinois shows aggression towards them.

The Belgian Malinois has substantial exercise requirements. His powerful muscles crave an outlet for his pent energy so walking and running him are essential. The herding instinct of the Belgian Malinois tends to make in run in wide, sweeping circles so large, open fields are a good place to allow him to run. Dog parks may not be well suited for the Belgian Malinois as his temperament can cause him to show aggression toward other, less standoffish breeds.

The Belgian Malinois owner can expect daily 10 kilometre walks and additional time and space for running. The Belgian Malinois will play, but he can be particular about with whom. Similarly, cooperation can be reserved for a select few, so hired dog walkers may not be pragmatic.

The Belgian Malinois needs little in the way of grooming. A weekly brushing to remove dead hairs is all that is necessary. The exception to this is when the Belgian Malinois blows his coat and the shed and the brushing increases. Avoid over-bathing your Belgian Malinois as his water resistant coat may be compromised. Monthly, perhaps bi-monthly bathing is sufficient. His paws can be spot-cleaned if necessary.

If your chose to train your Belgian Malinois yourself, do consult an expert for advice. Once habituated, the Belgian Malinois may be reluctant to modify his behaviour and this can be problematic if he becomes overly protective. Also, there are many useful commercial devices designed specifically for the Belgian Malinois. Muzzles, harnesses and leads are available to aid in the training process.

Is a Belgian Malinois Right For You?

When purchasing your Belgian Malinois, resist the urge to purchase a dog inexpensively from a pet store or from an advertisement in a newspaper. You may unwittingly buy a mal-adjusted, sick, puppy mill dog. This is to be avoided at all costs.