There’s no dog breed with a more distinctive mug than the English Bulldog. This is a dog breed like no other – combining a solid, muscular frame with an adorably wrinkled face and somewhat compressed snout. To gaze upon the English Bulldog, one would expect him to be tough as nails, but in reality, this dog breed is a real “pussycat”, at least where humans and other pets are concerned.

These comical and endearing dogs are highly affectionate companions that love children and require little exercise or grooming, making them an excellent choice for families, singles, the elderly and even disabled dog lovers. If you are thinking about adding an English Bulldog puppy to your family or household, read on! 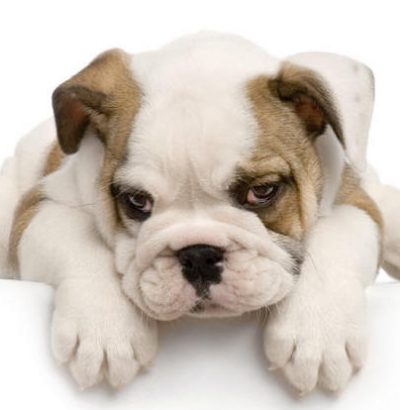 The Bulldog, also known as the English Bulldog or British Bulldog, is a medium-sized dog breed. It is a muscular, hefty dog with a wrinkled face and a distinctive pushed-in nose. The Kennel Club, the American Kennel Club, and the United Kennel Club oversee breeding records. Wikipedia 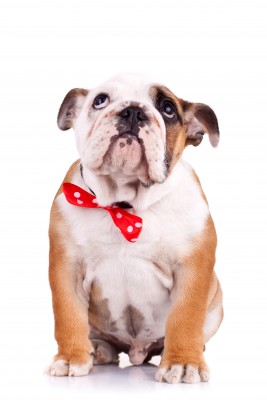 The Bulldog is a breed that definitely earned his name. He received his name in the 1700’s when he was placed in a bullring with bulls and was expected to fight them while people placed bets on who would win, him or the bull. This was strictly a form of entertainment at the time.

When he pinned the bull in the least amount of time, compared to other breeds, he became a prize as he did it over and over again, even while injured.

If a Bulldog won over and over again, it was bred to another repeat winner to make even tougher prize pups.

In the early 1800’s animal fighting was outlawed in England, so the Bulldog was then forgotten.

In 1860, dog fanciers decided that the Bulldog should return to the spotlight. He was entered in the England dog shows. By 1862 he had different weight classes.

Breeders eliminated his fighting instinct by selective breeding and his first breed standard was drawn up in 1875. At this time, he had a long tail, long legs, and no pushed-in face.

Breeders interbred him with the Pug which shortened his legs and brought in his muzzle. He was then bred with the Toro, which was a breed that was imported from Spain. This made him heavy. He weighed as much as 100 pounds.

The original Bulldog lovers hated to see the Bulldog bred to the very large Toro, so they joined up and formed ‘The Bulldog Club’. It only lasted long enough to form the Bulldog’s first breed standard.

In 1880, the Bulldog entered the first US dog show which was held in New York City, and by 1890 ‘The Bulldog Club of America (BCA) was formed.

By 1891 there were 50 Champion Bulldogs. Today, the Bulldog is one of the top 20 breeds registered with the American Kennel Club (AKC). He is in the Non-Sporting group. 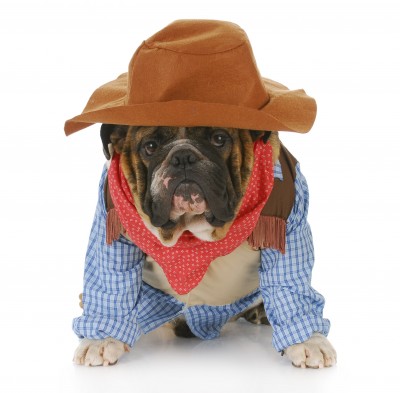 The Bulldog is a medium sized breed, weighing at 40 to 50 pounds max. He has a deep chest, round eyes, high set ears, and a large black nose. If he has a brown or liver colored nose, then he is not of show quality. He should have a massive broad square jaw, large undershot teeth and a short, thick neck.

His tail should be straight or screw. He has a short, smooth, glossy coat. He should have loose, heavily wrinkled skin all about the head and face. His colors are red, brindle, solid white, solid red, fawn, solid black is not a desirable trait in the show ring.

He is very dignified, brave, and kind. He loves to snuggle and is considered a companion dog.

He is not a guard dog, even though he looks like one. He is way too loving and compassionate for that. He is really a laid back, carefree individual. 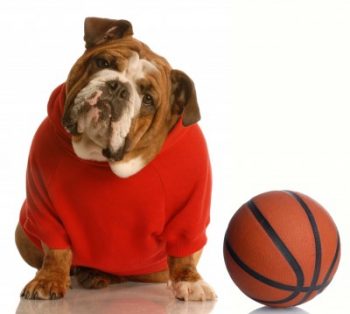 English Bulldogs need very little in the way of exercise. A short daily walk will suffice where this meaty fellow is concerned. English Bulldogs are not able to tolerate heat and humidity, so special considerations need to be made if you live in a hot climate or in summer months. Usually it’s best to take your Bulldog out for a walk in the very early morning or very late evening on hot days to avoid heat exhaustion.

English Bulldogs are not runners, nor can them swim, so if you are a triathlete looking for a canine companion to keep you company, this is probably not the breed for you. However, if you are more couch potato than athlete, the English Bulldog will enjoy lying beside you on the couch as you watch the latest reality TV shows.

Jumping is also a no-no for English Bulldogs, since doing so can injure their knees, which can be prone to luxating patella. If your couch or bed is too high for your “big guy” it’s a good idea to invest in a couple sets of doggie steps to help ease your Bulldog’s ability to get up and down from his favorite sleeping spots.

Little coat care is required, but he should be given special attention by keeping the folds of his skin clean, especially around the face. They should be cleaned daily to avoid your Bulldog developing a condition called skin fold dermatitis.

Don’t let his tough guy looks fool you – the English Bulldog is a pushover that wants nothing more than to please his humans. This comical, gentle and easygoing dog breed is a snap to train, and will be willing to do whatever it takes to make you happy. That having been said, the Bulldog does have a slightly stubborn streak which can present itself on occasion. The liberal use of treats with training is a sure way to overcome any obstinate behavior your Bulldog may exhibit. 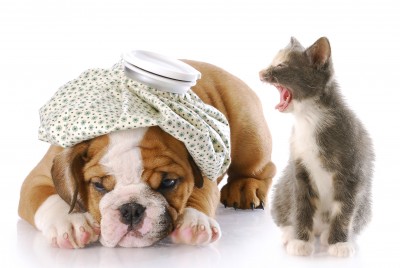 English Bulldogs should be kept cool at all times! He is very prone to heat stroke. Giving him plenty of cold water and shade will prevent such an occurrence. Keeping him indoors if at all possible is best.

Most female Bulldogs have to undergo caesarean sections in order to give birth and are 10 pounds lighter than males. That is why the Bulldog has a very high price tag. If it weren’t for caesareans, there would be fewer Bulldogs in the world and their price would be much higher due to their rarity. A female Bulldog has an average of three puppies.

The Bulldog breed lives an average of 10 years. Keeping him from becoming overweight can add two to three more years to his life expectancy. 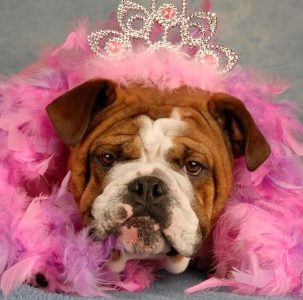 Bulldogs sometimes have trouble breathing, especially during hot weather. Do not take your Bulldog out for runs on hot days, and don’t leave him outside in the sun.

If your Bulldog snores or has noisy breathing, then he could have ‘soft palate’. This could cause respiratory failure after strenuous exercise. Surgery can fix this. Eyelid abnormalities can also be fixed with surgery. Hip dysphasia can become very painful causing a limp. A dog with this should never be bred due to genetically passing this trait on.

A female who has been spayed before her first heat has a 90% less chance of getting cancer. The statistics on cancer are better for males too, if they are neutered at an early age.

A Bulldog is considered a senior at age seven. At this time his food should be changed. His muzzle will become gray and he may develop cataracts. He may also have trouble holding his urine. He may have trouble getting around. If he is in a lot of pain, a baby aspirin may be given.

Is an English Bulldog Right For You? 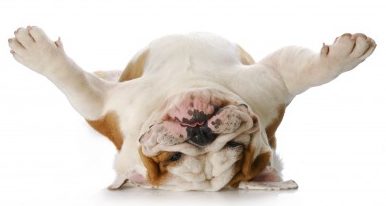 Although the Bulldog started out as a fighter, he is now considered a lover, a lover of people that is. Enjoy this sweet little bundle of wrinkles, for although they don’t live on average as long as other breeds, they make a bigger impact on your heart than most.