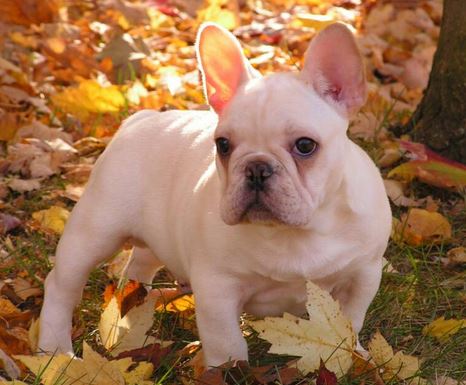 The French Bulldog is the French version of the English Bulldog. It is smaller and more compact than it’s English counterpart with varying colorations. The French Bulldog, or Frenchie as it is affectionately known, has a rich and at times risqu’ lineage.

He was the favourite breed for some of France’s most famous – Toulouse Lautrec, and infamous – “Belles De Nuit” – the street walkers. A prized companion, the French Bulldog sold for the exorbitant $750.00 in the 1930’s.

Today, the French Bulldog is a well recognized breed worldwide. A perky disposition and love of human contact makes this breed a popular choice for dog lovers. 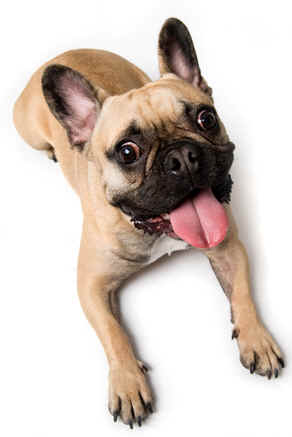 It is speculated that the French Bulldog actually came from England, likely brought to the Continent by lace workers from the UK. These (soon to be) French Bulldogs were actually culls, unwanted in England due to their smaller size, but welcomed in France as ratters and as family pets. The French preferred the smaller stature of this emerging breed and soon the French Bulldog was well established.

The French Bulldog is a compact, muscular dog with a square face. Frenchies have large ears that stand erect, wide dark eyes and a short muzzle. The most desired facial pattern is a central band of white fur that extends from the nose, between the eyes and over the head.

The French Bulldog is one of only a few breeds that has the loins (back legs) longer than the withers (front legs). This imbalance allows the French Bulldog to launch itself into a run that is faster than it’s boxy frame with suggest. 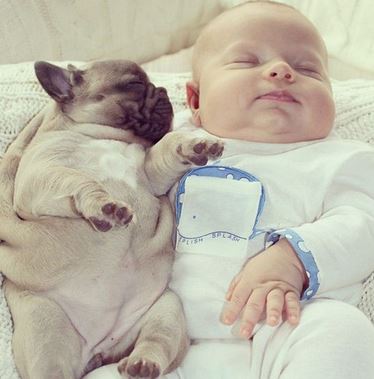 To the novice dog owner, one might think that a French Bulldog’s temperament is not to be trifled with. This is not the case at all. In fact, the Frenchie is a gentle, easy going breed that craves human contact. The French Bulldog will make few demands on his owner; a short evening walk, in indoor lifestyle and occasional brushing.

The French Bulldog’s shortened muzzle can make breathing in hot, humid weather difficult, so best to avoid hours outside in summer months. In addition, the Frenchie can have difficulty regulating its body temperature so heat exhaustion (and worse) is a moderate summertime concern.

The French Bulldog has a very sensible attitude towards barking. This attribute and his compact size makes the Frenchie a fine choice for apartment and condo dwellers. Finally, If you are considering a French Bulldog as a second pet, be aware that there can be aggression toward same sex dogs. 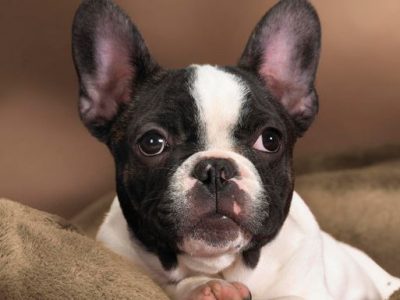 If you relish the idea of a pet that won’t run you ragged, then the French Bulldog is for you. Although he does require a daily walk, the Frenchie’s exercise needs are minimal, especially when compared to other dogs. The French Bulldog cannot spend long periods of time outside in humid weather, so evening walks are best in summer months. Also, French Bulldogs are poor swimmers, as they are top heavy.

The French Bulldog is far more agile and speedy than one might expect from his compact build. His hind legs provide more power than seems necessary, really. Do be vigilant with using a leash as Frenchies do like to chase small furry creatures. 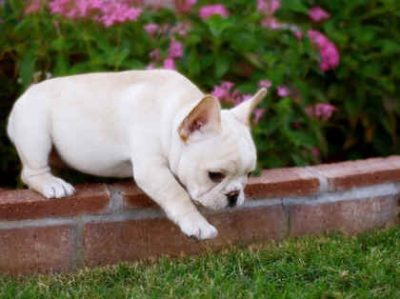 Frenchies typically loathe baths. Luckily, their short hair and indoor lifestyle makes twice yearly baths reasonable. When bathing, you can put cotton wool in his ears to prevent infection. Also, be certain to rinse away any shampoo residue as this can irritate your French Bulldogs skin.

Your French Bulldog’s biggest grooming concern is with respect to his ears. Frenchies are prone to ear infection and the responsible dog owner will check them regularly and wipe them with a clean, dry, cotton ball. Use caution when using any liquid or powder cleanser, as these products may do more harm than good if they drip into the ear canal. 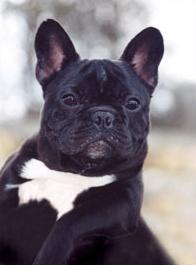 When training your French Bulldog, or any dog, remember that you are in charge. If you are the one making and enforcing the rules, then you will be the leader. This is a key component to training your Frenchie. Don’t let his cute, limpid eyes derail your training regime.

French Bulldogs are keen to please and you can capitalize on this by rewarding only desired behaviors and totally ignoring undesirable ones. This means you can withhold praise, treats and petting until the Frenchie does what is expected. The earlier training begins the better and remember that all family members are a part of the training team. Finally, be sure commands are consistent and reward is immediate. 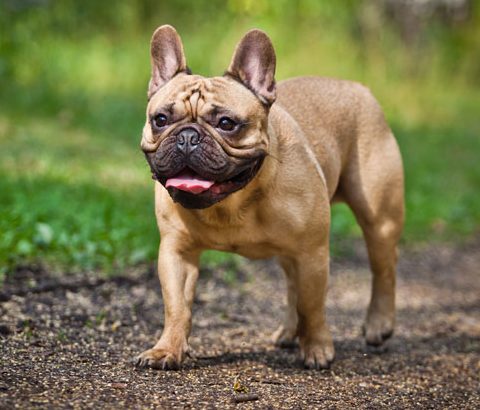 French Bulldogs are susceptible to several health problems. They include Von Willebrand’s Disease and elongated soft palate (or cleft palate).

Also, skin problems related to skin folds are common as are problems with the French Bulldog’s respiratory system. 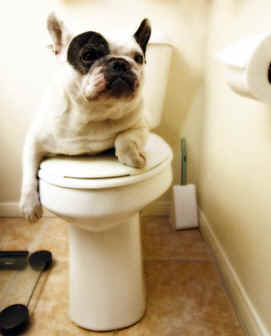 Is a French Bulldog Right For You?

The French Bulldog is wondrous creature. He is stocky and agile, faithful and easy-going. Generations of lap sitting and short leisurely strolls have made the French Bulldog into the perfect city dweller’s pet. The French Bulldog’s needs are few, only a comfortable bed, occasional grooming and lots of love. These simple creature comforts will keep your Frenchie happy and content for many years.

When purchasing your French Bulldog, resist the urge to purchase a dog inexpensively from a pet store or from an advertisement in a newspaper. You may unwittingly buy a mal-adjusted, sick, puppy mill dog. This is to be avoided at all costs. 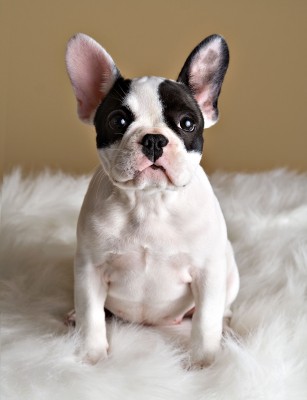