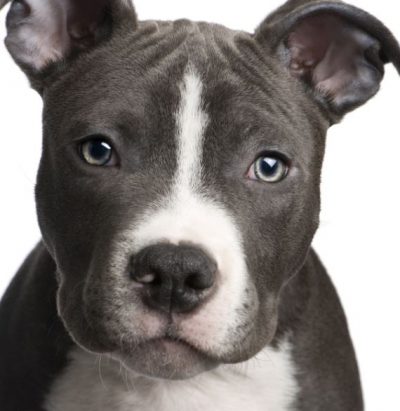 What do you get when you combine the strength, courage and athletic ability of the Bulldog with the tenacity and enthusiasm of the Terrier? The exceptional family companion known as the American Pit Bull Terrier! 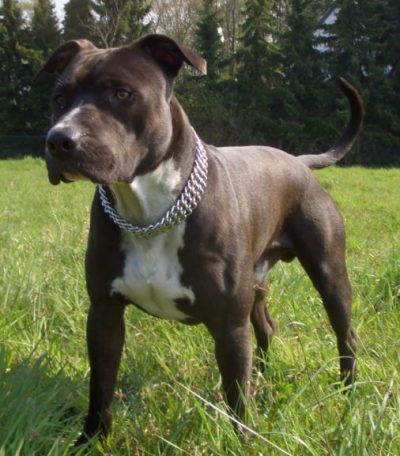 Originating in Britain during the 19th century, the American Pit Bull Terrier was brought to North America by British Immigrants. They were originally used in the US by farmers and ranchers for protection, as catch dogs for semi-wild cattle and hogs, to hunt, to drive livestock, and as cherished family companions. The breed was recognized by the United Kennel Club in 1898.

Unfortunately their power, athleticism and tenacity led the breed to be misused as fighting dogs – a trend which continues to this day in underground dog fighting circles.

The American Pit Bull Terrier has been wrongly given the reputation as a mean, unpredictable and dangerous dog breed, when, in fact, the Pit Bull is one of most suitable breeds for children and families.

Sleek and well muscled, the American Pitbull Terrier is the epitome of canine good looks. His square, brick-like head rests upon strong shoulders – his expressive face belies his strong-man stature. Pit Bulls have ears which may be cropped or natural, and a short, glossy, smooth coat that can be almost any color.

American Pit Bull Terriers thrive on plenty of daily exercise and human love and attention. Not the breed for couch potatoes, Pit Bulls ideally should live with active families who enjoy the outdoors.

Pit Bulls do extremely well in many dog sports, including agility, obedience, flyball, frisbee and more.

Keeping your Pitbull well groomed is easy-peasy. Brushing is pretty much the only grooming requirement for the American Pit Bull Terrier. The short, glossy coat requires minimal grooming; a good weekly brushing will do the trick, and keep your dog’s coat shiny and looking it’s best.

Due to their powerful physique and natural aggression towards other dogs, Pit Bull Terriers require early socialization and careful and consistent obedience training from an early age. They are also good climbers, and must be kept in a well-fenced yard.

Pit Bull owners should be vigilant, since although this breed won’t go looking for trouble – he won’t back down from a fight if provoked.

The American Pit Bull Terrier is one of the healthier purebred dog breeds. The breed suffers from very few health conditions, and these can be avoided by purchasing a puppy from a responsible breeder who carefully screens their breeding dogs for health issues prior to breeding.

Health problems which can affect the American Pit Bull Terrier include: 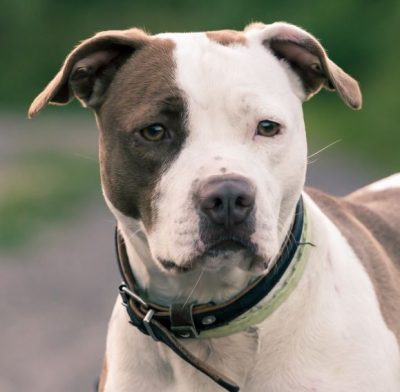 Is a Pitbull the Right Breed for You?

Unfortunately, due to irresponsible ownership and bad press, the American Pitbull Terrier has been given a bad rap. A well-socialized, well-trained American Pitbull Terrier can actually be the “ultimate” family dog, children’s companion and affectionate pet. He just needs a firm hand from an early age, and plenty of time, love, exercise and attention.