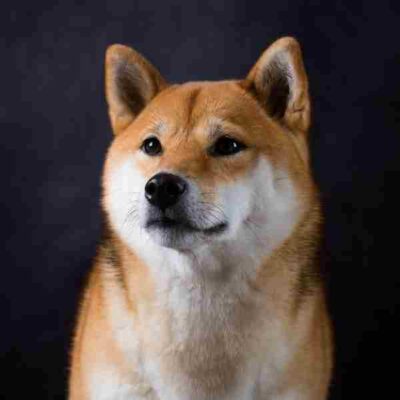 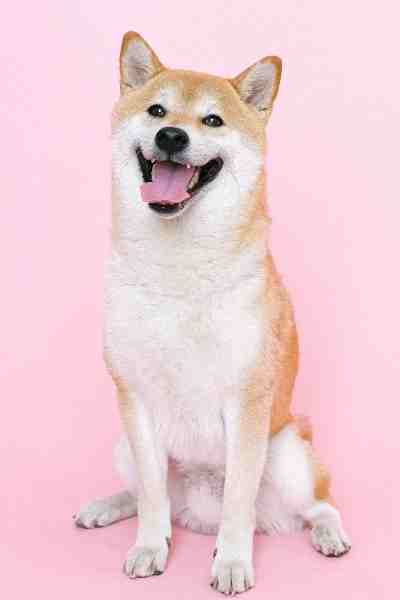 The Shiba Inu is an ancient breed from Japan. Shibas were first brought to the United States and throughout North America following WWII. The breed has gained a steady following ever since.

The Shiba Inu is a compact and muscular dog with a headstrong, independent constitution. The Shiba Inu is a handsome dog with a lustrous, thick coat that needs an owner committed to regular grooming. The Shiba’s bark is seldom heard, however a curious scream is produced under various circumstances. (see link)

The Shiba Inu is a hunter by nature and will tirelessly ferret out any yard creatures. He is territorial and will allow you the leadership role if he is trained to do so.

The Shiba Inu is one of the world’s oldest breeds. This breed dates back to 300 BCE when it was used as a hunting dog in central Japan. Native Japanese dogs were divided into six breeds, of which, the Shiba Inu was the smallest. Some historians suggest that the name itself means small, others claim the name means brushwood, referring to the reddish hue of the coat.

Early in its history, the Shiba Inu existed in three varieties but distemper and declining popularity nearly eradicated this breed. After 1952, an attempt to save the Shiba Inu was made and remaining dogs were interbred. The result ensured the survival of the modern day Shiba Inu in the form of a small, confident, well loved dog. Today, the Sheba Inu’s popularity continues to grow and the Shiba Inu was officially recognized by the AKC in 1993.

The Shiba Inu is a compact muscular dog with slightly greater length than it has height. As is sensible for a dog from a northern climate, the Shiba Inu has a thick, straight outer coat and a soft dense undercoat. This undercoat is blown (shed) twice per year. Another cold climate adaptation is the Shiba Inu’s ears which are markedly small and fur covered. The accepted colours of the Shiba Inu are red, sesame and black, but other non-show colours include cream, white, and pinto.

The Shiba Inu has an amusing expression. He appears contemplative with his upturned eyes as well as being delighted to be in your company. The Shiba Inu sports, if you’ll pardon the pun, a rather fetching smile! 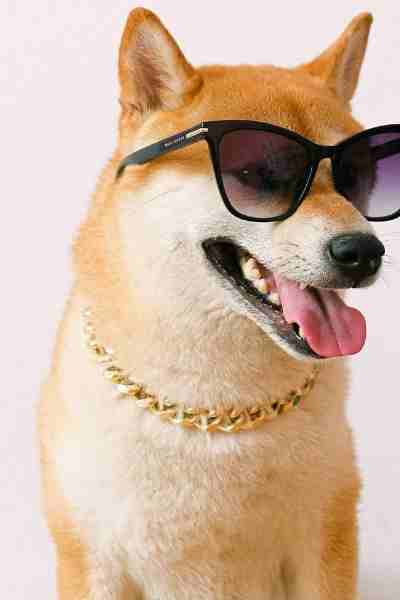 Like many ancient breeds, the Shiba Inu is an independent and intelligent dog. At times, the Shiba Inu can be headstrong and unwilling to heed commands, but this trait can be minimized with early obedience training. Still, the Shiba Inu will always have a strong hunting instinct and may believe a squirrel or other creature is its prey. Without a leash to restrain him, the Shiba Inu will bolt in pursuit, ignoring your commands, so be certain to always use a leash when walking your Shiba Inu.

If ever there was a dog whose fastidious cleanliness smacked of obsession, the Shiba Inu is it. You will be fascinated at your Shiba Inu’s cat-like paw and leg licking and his comical avoidance of all thinks messy; puddles, mucky grass, questionable road gunk. This inclination extends to toileting. Your Shiba Inu will practically housebreak himself! Just bring them outside immediately after naps and meals and your Shiba Inu will quickly learn an acceptably tidy bathroom routine.

One unique characteristic of the Shiba Inu is the alarming “Shiba-Scream”. When your Shiba feels threatened or is in a state of discomfort, your Shiba will produce an unsettlingly loud, high-pitched scream. In fact, this vocalization can happen when the Shiba Inu also feels joyful, excitement or to greet his owner. You will get used to it, but your neighbours will need early reassurance. 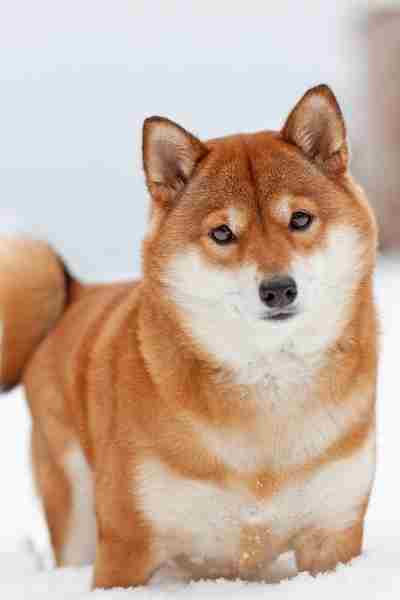 The Shiba Inu loves to be outside in cool climates and can happily stay outside in fenced areas for many hours. However, the Shiba Inu does enjoy the creature comforts of the indoors where he can leisurely groom himself. The Shiba Inu is less tolerant of heat even after shedding so be sure to limit his time outside on hot days.

Outside, the Shiba will need a daily 5 kilometre walk or vigorous play in the yard. The Shiba Inu is fun-loving and he will enjoy fetch games, but may decide at some point to leave you out and just carry the stick. With or without you, your Shiba Inu may not enjoy the company of other dogs, particularly same sex dogs. So dog parks, where your Shiba can run freely, may not be a pragmatic choice. 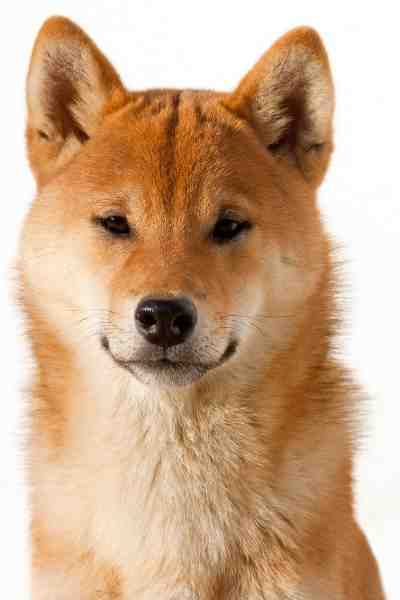 If you find yourself at a loose end twice yearly and several times per week, then the Shiba Inu is the breed for you. There’s brushing-a-plenty with the Shiba Inu. Whenever the mood hits you to groom your dog, your Shiba will yield several brushes full of hair. Use a natural bristle brush that is rigid enough to penetrate to the skin, but not so stiff that it will scratch. Truly, the bulk of the shedding occurs as the seasons change, but a daily brushing will ease the mystifying proliferation of dust bunnies.

On the upside, the Shiba Inu is a fanatically clean dog so bathing is an annual, perhaps biannual event. Use doggie shampoo, but be certain to rinse away all hints of this product to prevent skin irritation. This may take some time and patience, but your Shiba Inu won’t fuss too much. You can use a coat conditioner for a spiffy sheen although the Shiba Inu’s own oils will accomplish this naturally. 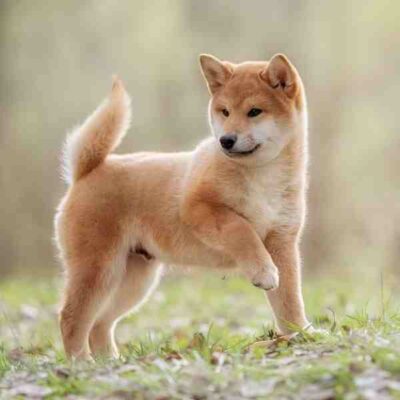 As mentioned earlier, housebreaking your Shiba Inu should be a snap. Of course, this is not the case for all aspects of training your Shiba Inu. That would be too good to be true! The Shiba Inu’s wilful, headstrong nature means early socialization and training are essential. Shibas are tough dogs and can be aggressive with other dogs if not taught proper behaviour and an early start at this process is key.

When your Shiba is a puppy, between the ages of 8 weeks and 4 months, a responsible owner will begin the training process. Shibas will typically ignore the owner until he or she establishes control. By controlling your Shiba Inu’s activities, particularly eating, the owner can establish leadership. Rewarding good behavior and ignoring the inappropriate actions with consistency will teach your Shiba how to gain favour and praise. Do avoid harsh treatment as this technique will only cause aggression, and this is extremely difficult to undo. Short, positive training sessions of 10 to 15 minutes per day should suffice and in a few weeks your Shiba Inu’s command response should be acceptable.

Health concerns for this dog include glaucoma, cataracts. hip dysphasia, and seen in greater numbers; luxating patella. Some other concerns for Shibas are food allergies, CHD, epilepsy, distichiasis, PPM, PRA.

Do get regular check-ups on your Shiba’s knees, hips and eyes as these are the most common sites for health problems in Shiba Inus.

On the whole, Shiba Inus are genetically sound and few defects occur when compared to other breeds. 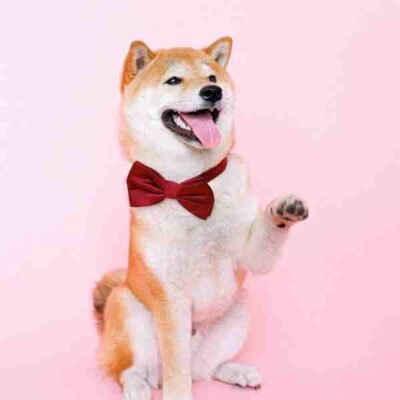 Is The Shiba Inu Right For You?

The Shiba Inu is a fun-loving, independent dog. He loves investigating the outdoors but won’t feel compelled to stay on familiar ground so a fenced yard is essential. And, although he does relish his time outside, the Shiba Inu is sensitive to excessive heat and will need and indoor bed and time inside.

The Shiba Inu needs regular grooming but with particular urgency during the times he blows his coat. Otherwise, this dog pretty much self-manages his hygiene.

Homes with small children are not especially suited for Shiba Inus. Shibas are territorial dogs and can nip at children who annoy or provoke them, innocently or not. A better choice for owner would be a home with active adults with enough space for the Shiba Inu to play.

As with purchasing any dog, resist the urge to purchase a Shiba Inu inexpensively from a pet store or from an advertisement in a newspaper. You may unwittingly buy a mal-adjusted, sick, puppy mill dog. This is to be avoided at all costs. 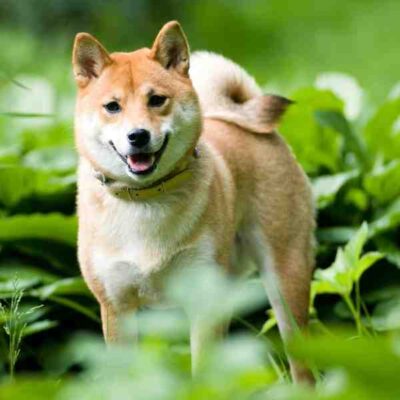