The Miniature Schnauzer is a well known, mid-sized dog. With an alert and intelligent temperament, this breed is suitable for apartment dwellers as well as for family homes with spacious yards. This robust dog is reliable and adaptable and will keep you active.

The Mini is a member of the Terrier Group and recognized by the American Kennel Club (see exceptions below). This dog of German descent was originally brought to North America in the early 20th century and is is a now well established breed. 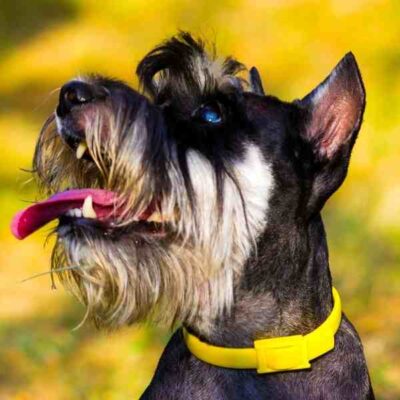 The Miniature Schnauzer was originally bred in Germany in the late 1800’s. It was likely a cross breed between a Standard Schnauzer and an Affenpinscher. Originally, these square built dogs were bred to guard herds and small farms. Later, they were used to hunt rats and other vermin – they had (literally and figuratively) the nose for it.

Early on, attempts were made to lessen the size of the Standard Schnauzer by introducing other breeds. Unfortunately, the result brought forth colours that breeders deemed unacceptable, notably white.

While breeders worked toward stabilizing the genetic pool for the Miniature Schnauzer, undesirable mixes and white puppies were removed. Since the 1950’s, both have re-emerged and have become common, although the white variation is not recognised by the American Kennel Club. The debate over the pedigree and legitimacy over the white variety continues. 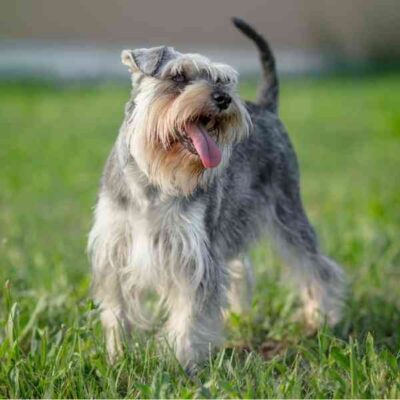 The Miniature Schnauzer appears as a solid, squarely built dog. Perhaps the one of the most distinctive features is the ears which sit high upon their heads and tip forward. Additionally, Miniature Schnauzers have luxurious beards and eyebrows.

Miniature Schnauzers have a double coat, the outercoat has a wiry texture, but the undercoat is considerably softer. The Miniature Schnauzer is sometimes described as a non-shedder, but this is not entirely true. The shedding is however minimal with regular grooming.

The tail of the Miniature Schnauzer is naturally thin and short, and may be docked (where permitted). The legs are relatively short and appear rigid. Their feet, sometimes groomed to look comically short, have a cat-like shape. 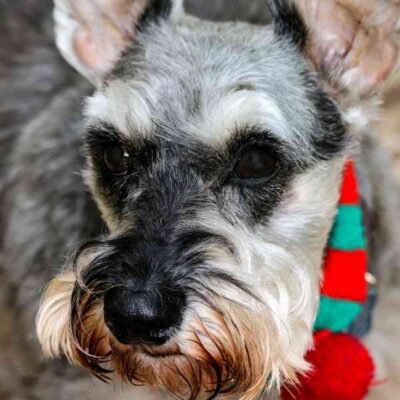 The Miniature Schnauzer is a ball of energy, alert and quick-moving. Fortunately, this breed when trained early, can be obedient to commands and is keen to please.

The Miniature Schnauzer are very territorial and vocal dogs and will bark to greet anyone entering your home, particularly strangers. Unlike some Terriers, they tend not to be aggressive toward strangers, but will bark relentlessly until the owner reassures the Mini that the guest is welcome. Then, the Minature Schnauzer will be friendly and relaxed. 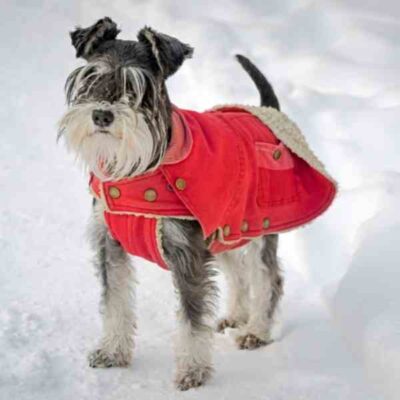 This is especially true as Miniature Schnauzers tend to carry extra fat and keeping your dog healthy will require a little of your effort too.

Whatever exercise regime you select for your Miniature Schnauzer, be sure to begin it early and keep it consistent. This will allow your Mini to adapt to your healthy lifestyle and together you can enjoy many years of companionship. 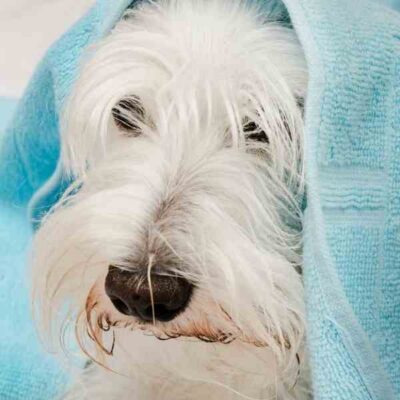 For most Miniature Schnauzer owners, clipping is the pragmatic choice. Either way, the coat is kept very short around the body and falls fringe-like (called furnishings) around the underside.

The beard of the Miniature Schnauzer is left to grow and will reach a length of 4 inches or so. This area does require some regular grooming as you might expect. Matting and curling can become a problem for you and consequently for your Miniature Schnauzer. 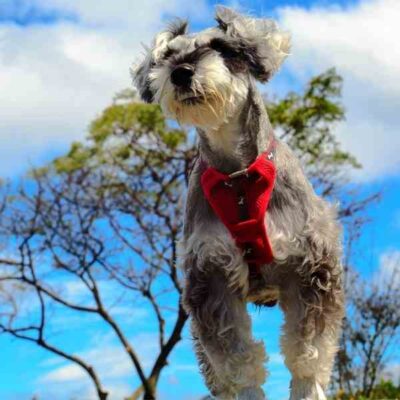 To assist the Mini (and your patience) try using a movement or stance specific to a command. The visual cue may help your Miniature Schnauzer better understand. Remember, as soon as your Miniature Schnauzer understands and responds to a new command, praise him-a-plenty!! This will reinforce the positive response to the command. And do begin training immediately. Puppies, like children, learn best at young ages. 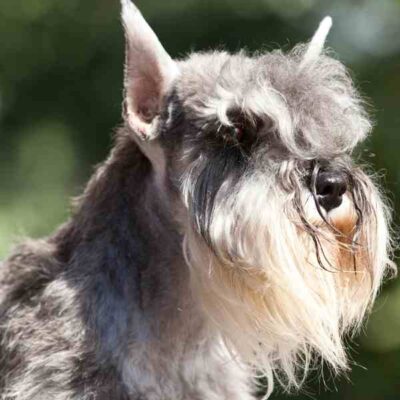 Generally, the Miniature Schnauzer is a healthy breed. But, this breed is prone to high fat levels (but who isn’t?), which can lead to other, more serious problems.

These problems include hyperlipidemia, which is linked to pancreatitis. Diabetes, bladder stones and ocular problems are somewhat common. Choosing low fat or non-fat and unsweetened foods may help avoid these problems, even it seems joyless.

Other afflictions common to Miniature Schnauzers are comedone syndrome. This is a condition that produces pus filled bumps, usually on their backs. Miniature Schnauzers’ ears do require some attention. To avoid infection, especially in dogs with un-cropped ears, always dry carefully after a bath or swimming.

There are many treatments for this and all ailments. Your local vet is your best resource. And of course, always choose a responsible breeder who places the health and welfare of the Miniature Schnauzer above all other concerns. Resist the urge to purchase a dog inexpensively from a pet store or from an advertisement in a newspaper. You may unwittingly buy a mal-adjusted, sick, puppy mill dog. This is to be avoided at all costs.

Is the Miniature Schnauzer the Right Breed For You? 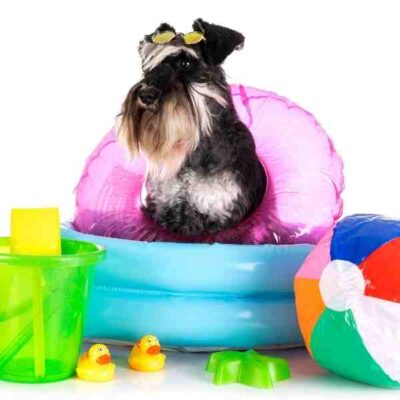 The Minature Schnauzer is heaps of fun. He can be comical and flirtatious, charming and loyal. To a Mini, the best game in the world is fetch (also known as Get the Ball, Where’s the Ball? and Where’s the Stick?) He will run tirelessly for hours and seldom grow tired of this game.

This is an important, money saving tip because in the absence of a dog and owner game, the Miniature Schnauzer may create his own, more destructive game involving the chewing of couch cushions and new Manolo Blahniks. Best to avoid this.

With minimal effort, reasonable grooming and undemanding feeding regimes, this loyal breed makes a fine pet. He will fill your days with fun, exercise and undiluted admiration. What more could one ask in a dog?