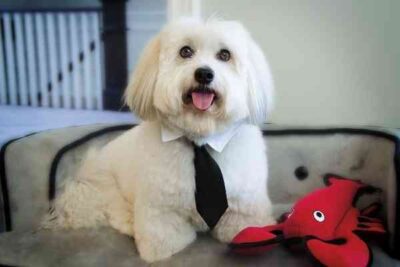 A member of the Bichon family, the Coton de Tulear is known for his sweet disposition, cottony-soft coat, and his ever-happy appearance. Considered a very valuable treasure, this adorable little dog often accompanied merchants and seafarers in their voyages, as well as being a favorite companion of the pirates of old. 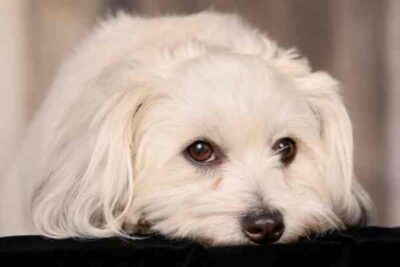 A descendant of an ancient European dog, known as the Barbet, the Coton de Tulear became his own breed through a unique series of events. It was originally a short-haired relative of the Barbet, known as the Bichon Tenerife (or sometimes called the Coton de Reunion), that was first introduced to the Canary Islands by Spanish merchants and sailors.

While now extinct, during his time, he would go on to sire several different types of dogs, all of whom would continue on to create their own unique breeds. These included the French Petit Lion Dog and Bichon Frise, the Maltese, the Italian Bolognese, the Havanese, and the Coton de Tulear.

The Coton de Tulear would make his debut appearance at the popular pirate and slave-trading port of Tulear, in Madagascar, during the 17th century. With his long cottony-soft coat and engaging personality, it wasn’t long before the ruling monarchy decreed them “The Royal Dog of Madagascar,” a title which this unique little dog has retained ever since.

For centuries, they were carefully guarded by this tribal monarchy, known as the Merina, and less than 15% of the population of Madagascar were permitted to own such a noble beast. Setting up their own breeding program, the Merina introduced the blood of the Morondava Hunting Dog to the Coton de Tulear’s ancestry, strengthening the breed and granting it hybrid vigor.

In 1974, a breed standard was drawn up for the Coton de Tulear but, today, he is considered to be one of the world’s rarest pure-bred dogs and is threatened with extinction within his own country. Fortunately, breeders throughout Europe and the United States seek to raise awareness for this unique breed and continue to breed and exhibit animals that are true to the original standards.

Interesting to note is that, while the breed is in trouble, they refuse to place themselves more in the public eye by joining the American Kennel Club. Claiming higher ethical standards and differences of opinion, fanciers of the Coton de Tulear work hard to promote and preserve this wonderful breed of dog. 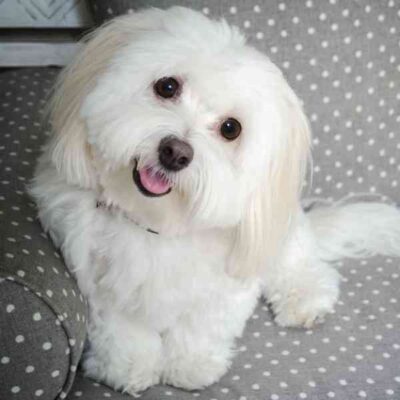 It’s interesting to note that, while he is a small dog, the Coton de Tulear is not considered of the toy variety of dogs. In North America, he is shown as a Non-sporting class dog, whereas he is classified as an FCI Companion Class dog in Europe. Whatever you call him or classify him as, however, he is still a regular heart-stealer with large dark-brown eyes that always seem to sparkle in merriment.

One of his most notable traits is the Coton’s long, flowing hair. Always looking a bit wind-blown and ruffled, his coat is not at all silky but is, instead, surprisingly dry and possessing a cottony feel. Prominent facial hair, such as a beard and mustache are quite prominent on this little dog and, while his hair often grows to cover his eyes, only pet Cotons may have the hair trimmed back around their faces.

The Coton de Tulear can be found in one of three color varieties: the white (allowing for champagne highlights on the ear and back), the black-and-white, and the tri-color. Interesting to note is that, while a young pup may appear tri-colored when he is young, these beautiful dogs will often end up looking almost pure white, by the time their adult coat comes in. 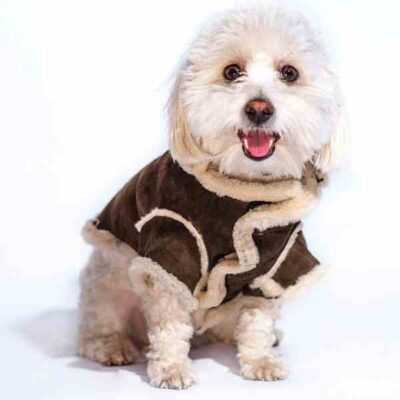 The Coton de Tulear is usually a very sweet and happy-go-lucky individual, quick to offer a wag of the tail, whether he is greeting friend or stranger. Bred specifically as companion animals, they do their jobs superbly, ensuring that no lap is left vacant for long. Additionally, the Coton de Tulear usually gets along well with both cats and with other canines. The only thing that should be watched is with larger dogs and the risk of the Coton being injured by another dog’s aggressiveness or excessive play.

Coton de Tulear dogs also get along well with children, though they often avoid smaller infants and toddlers, upon learning that fingers twisting and pulling at their long beautiful coats can be quite painful. Nevertheless, the Coton is not prone to aggressiveness, nor does he tend to be nippy. If anything, most will generally just avoid the child, whenever possible. 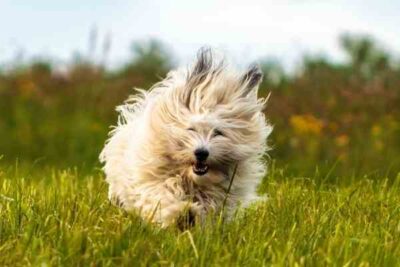 The Coton de Tulear is generally a fairly low-maintenance individual, when it comes to exercise requirements. Usually a good walk or a visit to the dog park will do him nicely, or he is more than willing to run off any excess energy with an engaging game of fetch in the back yard. Fortunately, with the Coton’s short legs, it doesn’t take very long before he’s worn out and, when the weather is too hot, chances are he won’t bother you to go out for a long run.

Few Coton de Tulear dogs are ever shown, so the general tendency to shear our longhaired dogs is in affect with the Coton as well. At the very least, the Coton’s hair should be trimmed between the pads and toes of his feet, in his ears, and around his anus; this will help keep him cleaner and more healthy. Many pet Cotons also have the hair trimmed back away from their eyes, so as not to affect their vision.

The show Coton is to be exhibited with a full, flowing coat, and is not allowed to be altered in any fashion (such as the practice of powdering the coats). His coat will require a couple of weekly brushings but he should never be scissored if he is to be shown.

Aside from this, the only other major grooming needs that a Coton de Tulear requires are the occasional trip to the doggy salon for a trim, keeping his nails clipped, his ears clean and, if he will let you, his teeth brushed. Bathing should not be overdone – limit it to once or twice a month and ensure all tangles are out of your pet’s coat before starting. 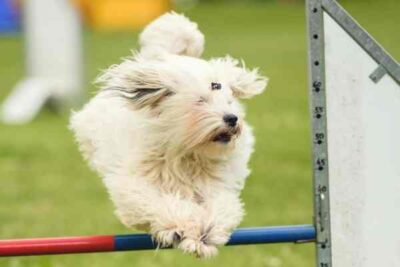 Coton de Tulears, being members of the Bichon (or should we say “pees-on”) group of dogs, can be a bit of a challenge to house train. If you are considering taking on a Coton de Tulear puppy or adult dog, be sure to learn as much as you can about the process of housebreaking your dog or puppy before you adopt. The first weeks of training are crucial with this breed; accidents or mixed messages can result in problems.

Some experts recommend crate training as a means to keep “accidents” at bay. A responsible Coton de Tulear breeder will be an excellent source of advice and support in this area, and may even begin the process of puppy housebreaking before you take your Coton puppy home.

Cotons respond very well to praise and consistency. Pay attention to your puppy and her bathroom needs. Feed and water on a regular schedule, and praise her to the moon when she does her thing when and where she is supposed to, and you should have a housebroken Coton puppy in no time.

One thing to keep in mind is that these dogs are so sweet and companionable, that it’s easy to overlook the occasional accident. Scolding doesn’t work, so it’s best to simply clean up the mess extremely well (residual pee scents tend to attract more pee!) and be extra vigilant about making sure the next time round your dog goes where she is supposed to. 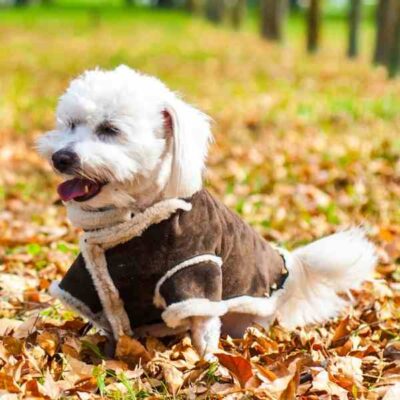 Like any purebred breed of dog, the Coton de Tulear can be subject to a variety of health concerns, even more so because of the Coton’s small gene pool. Many unethical breeders claim that they raise Coton de Tulear dogs but actually don’t and others raise the Coton in a puppy mill situation. To ensure your puppy is healthy, always buy from a reputable breeder. Some of the health problems that can affect Coton include:

Is the Coton de Tulear Dog Breed Right For You? 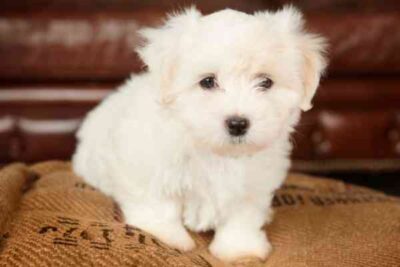 The Coton, with his laidback disposition and outstanding personality may seem like the dog for everyone. Be very careful, however – there are many disreputable breeders out there, claiming to sell Coton puppies. In truth, the Coton de Tulear is one of the rarest breeds of dog in the world today, and purchasing even a pet quality Coton will have its own hefty fee. If you don’t mind the extra money and are willing to give a dog lots of love, perhaps the Coton de Tulear is exactly the dog for you. 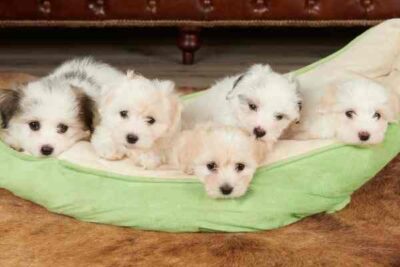